Must India and China fight? 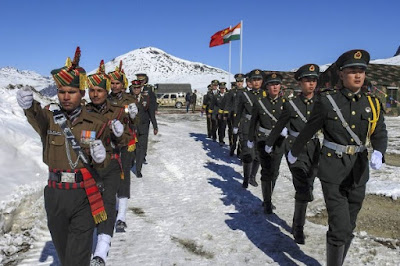 - September 12, 2008
Italy recently apologised to Libya for its occupation of the country between 1911 and the Second Word War and offered an investment deal of $5 Billion over next 25 years towards reparation. This is largely symbolic, and investment deals could have been done without adding this moral halo . But the apology itself is an important step. The key question is one of principle, indeed. It is about whether the occupying countries do accept that their colonial exploits did enormous harm to the occupied, and whether they are ready to accept the responsibility. As the world becomes more sensitive towards the wrongness of occupation [even George Bush was heard saying that occupation of Georgia by Russia is unthinkable in the 21st century!!], and the world justice system gears up to try the leaders causing genocide and violence, paying for past crimes - including occupation - becomes ever more relevant and important. There are several issues which are still hotly debated - slavery, for example,
Read more