Showing posts from May, 2017
Show All

Five Reasons I Shall Vote Labour

- May 31, 2017
Here are five main reasons I shall vote Labour, in UK General Election due on 8th June. First, the Conservative Government under Theresa May is, contrary to its claim, neither strong nor stable. If it was so, we did not need an election at all. The Government had a majority, secured in an election only two years ago. Implicit in Ms May's claim of 'Strong and Stable' is indeed an admission of lack of strength and stability. And, if anyone thought a Conservative Victory in the elections will make Ms May strong, one must remember that it would also encourage the Brexit lobby of the Conservative Party, thereby making the Government more weak and wobbly. Second, this has been a government of U-Turns. Even in the short stint that Ms May had as Prime Minister, she proved herself too fond of making U-Turns. The most spectacular of all U-Turns was, of course, breaking the Fixed Term Parliament law, something that the previous government - in which Ms May was a Senior Membe
Post a Comment
Read more 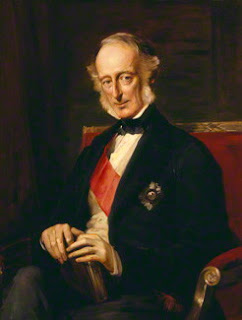 Charles Wood, 1st Viscount Halifax That the Board of Control of East India Company, the parliamentary body supervising the affairs of the East India Company from London, sent a famous dispatch - dubbed the 'Magna Charta of Indian Education' - in 1854 to Lord Dalhousie, the Governor General of India, proposing the establishment of three Presidency universities in Calcutta, Madras and Bombay, is well-known. Lord Dalhousie largely ignored the despatch, and its recommendations were implemented later by Lord Canning, Dalhousie's successor, as a part of wide-ranging reform initiatives after the Great Sepoy mutiny. The origin story, at least for British convenience, is better linked with the dispatch than the mutiny, and so this is how it's told. The Hindu Nationalists in India see the founding of universities as the realisation of Macaulay's dream, of creating natives who are Englishmen at heart; they took to calling university educated Indians 'Macaulay&#
Post a Comment
Read more

The Inescapable Locality of Innovation

- May 22, 2017
Two things trigger this thought. First, the conversation I have been recently engaged into, and particularly the question, why is Indian IT Industry is not more innovative. And, second, this is about the Not-For-Profit projects which I dabble with, which concern themselves with the task of creating innovation ecosystems in India and Africa. My point is - despite all the fuss about Innovation - developing countries are doing quite poorly in innovation. Overall, the world is living in a bubble that Fredrik Erixon and Björn Wiegel will call an Innovation Illusion. There is a lot of talk and lots of people claiming that they have made a truly new thing - and media fawning over this and that - but apart from 'digitization' of some of the tasks, we are moving forward little. And, this is particularly acute in the developing world, which is doing some 'Copy and Catch-up' innovation (Tyler Cowen's term) but failing to solve their most basic problems. In more ways than
Post a Comment
Read more

The Indian IT Industry in 'Crisis': Learning from China

- May 19, 2017
I wrote a post yesterday on the 'crisis' of the Indian IT industry . My essential point in this was that while the Indian media sees a sudden crisis in the Indian IT sector and summarily blaming it on Trump, the problems were simmering for a long time and blaming it on Trump Administration's current or intended policies would be mistaken. And, besides, while a number of observers - Rajat Gupta, formerly of McKinsey fame (and Galleon infamy), being the latest - blame the leadership of Indian IT companies for lack of vision and inaction, I thought this was unfair, it was hard to change business models for mammoth publicly listed companies: In fact, this is exactly what these companies are trying to do, triggering all the crisis talk. However, all this don't point to a solution, which some reading the post pointed out. To this, I do not think there is any silver bullet. Many, Rajat Gupta included, have spoken about educational change, but that is neither short term n
Post a Comment
Read more

The Surprising 'Crisis' of Indian IT

- May 18, 2017
Indian IT is in a crisis, or so the newsmen claim.  A string of layoffs, some at very senior level, and the new and proposed visa measures in the United States, United Kingdom, Australia and Singapore have contributed to a sense of seize.  But, while this headline story has its merits, but the sense of crisis and the connections with US Visa changes are certainly overblown. The problem with this crisis-mongering is that this diverts attention from the structural challenges that the sector faces. The Indian IT has had mixed fortunes for some years, and the salaries, at the entry and mid level, were stagnant for some time now.  There are a number of reasons for this.  First is the 'productisation' of IT - this whole phenomena captured in the expression 'there is an app for that!' - that challenged the custom development model that the big Indian IT companies are usually accustomed with. The trend, which started in the Consumer sector, is rapid
Post a Comment
Read more

Writing The History of Colonial University 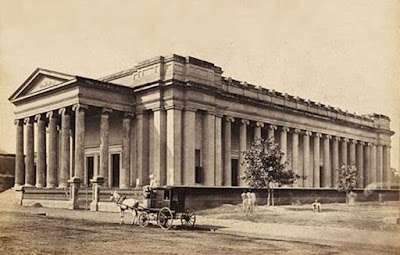 I am finally onto a project I always wanted to do: Write a history of the Colonial Universities. Indeed, I start with a very modest work - an essay on the establishment of metropolitan universities (Calcutta, Madras and Bombay first, and then Allahabad and Punjab Universities) in India - which I intend to finish over the next few months. But I hope to make this a prelude to the bigger project, because I see the Colonial University as a distinct form of institution, whose purpose was to educate for the economic purposes of imperialism, and even if the empire is long gone and dead, this institutional form and modes of thinking lives on.   That way, I shall claim, this is not just a freak exercise in academic pretencion for me, but an essential part of my overall work.  While I work on it, I already find it fascinating to study the rhetoric and ideas around the establishment of the Indian universities. The conventional narrative runs along the lines of Orientalist-Anglicis
Post a Comment
Read more

Thinking Beyond The Nation State 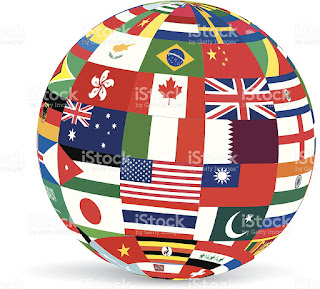 Three building blocks of the world order we are accustomed to are Global Financial System, Nation States and Democracy.  This is what we have built over the last 150 years. The Global Financial System, in its earlier forms such as the Gold Standard, came about in late Nineteenth century. Nation States emerged around the same time, first in Europe and then they were everywhere as European empires disappeared after the Second World War. And, Democracy became the rallying cry, and standard of political systems, since the end of Cold War. In the post-war world, when the global financial institutions were designed in Bretton Woods, a few key policy-makers knew that the Global Financial System and Nation States may not be perfectly compatible. They, Lord Keynes among them, decided on a system of priorities - they put the Nation States first - and built an 'inter-national' economic system. This worked for some time, but the system was being dismantled, ever since the d
Post a Comment
Read more 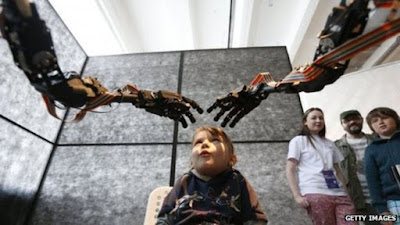 Technological unemployment was a long time coming. When Keynes used the term, he was not speculating about the future: He saw machine replacing humans in his own time. And, before him too, other acute observers saw this, and called it by other names, like 'Industrial Revolution'. And, yet, it may not have been anything like what we see now - automation of an unprecedented scale encroaching upon what we thought was to remain the most human of functions, like writing, teaching or sentencing a felon.  Yet, it is not the scale but the idea which we should attend to. As it is, technological unemployment is being presented as 'common sense', an inevitability of progression of technologies and its tendency to replace human work. It is a secular force, we believe, that comes about by itself, in a self-directed manner.  We believe that Microsoft Word was a piece of our destiny - it was bound to appear as the Typing Pools became too busy - and as they say, rest is history
Post a Comment
Read more

The Idea of India and Its Thinkers 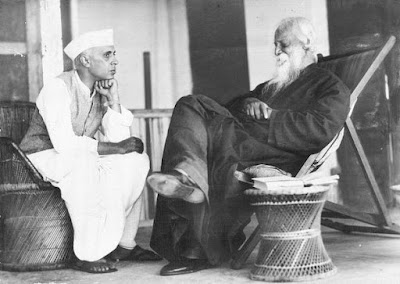 Seventy years on, the Republic of India is now at one of those crossroads when its foundational ideas are being questioned. Its middle classes, in the throes of an existential crisis as the globalisation that made them reverses, have found their demon in the idea of India itself. Nations, usually, consider their origin stories with a special fondness and deep reverence, enshrining the creation ideas as the basis of all new imagination: Despite the passing of the years, the British therefore looks at the Glorious Revolution, the French to French Revolution, the Italians to Risorgimento and the Americans revere their Founding generation. But, in India, as a newly-rich, recently disappointed middle class hunt for the ghosts, they find their Republic flawed, its democracy rickety, its people disunited, and above all, the idea that unites it all misdirected. This makes a re-examination of the idea of India worthwhile. Surely, this is much discussed, but as the optimism turns to pess
Post a Comment
Read more

What Do Universities (Really) Do?

- May 05, 2017
In India, people demand that there should be more universities. Why, they point out, India has only 600-odd universities, whereas United States as 6 times as many for one-fifth of the population? More universities, in their mind, equate with more education, and also economic success, as we live in 'knowledge economies'. So far, so straightforward! I state this as an Indian phenomenon, but it is really a global view. Indians only demand so as the Chinese, the Malaysians and the South Koreans are stealing the march, building more and bigger universities faster. The Saudis, the Kuwaitis, the South Africans are all in it. I remember, as late as 2002, I was told in Bhutan that it did not have a college in the country as the Government was fearful that the student politics would destabilise the country; those days are long gone, colleges in Thumpu came up in due time - by 2015, the new government was floating the idea of a greenfield 'education city' and checking out in
1 comment
Read more
More posts