Showing posts from February, 2020
Show All

Should I call myself a conservative? 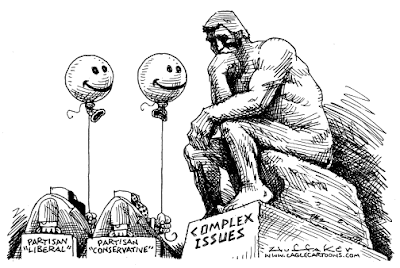 In this day and age when political labels are liberally applied and some impossible categories, such as left-liberal, it's really confusing where anyone stands.  Indeed, the wise opportunists of our age know the true value of these labels: Labels for them are keys to offices. The only other use of them is on opponents to undermine their arguments and question their integrity.  And, yet, when someone isn't being labelled, they are being asked. A middle-class education predicated on ideas of truth and integrity may still instil a sense of commitment to one idea or another; the quest for belonging may club one with fellow-travellers who still believed in belief. So is indeed my predicament: It's hard for me to avoid some labels, given my ethnic origin and the particular time of my birth. Besides, my indulgence in reading widely and failure to strictly adhere to the cult of one or the other great men make me for any true believer category. Indeed, lumpers will p
Post a Comment
Read more 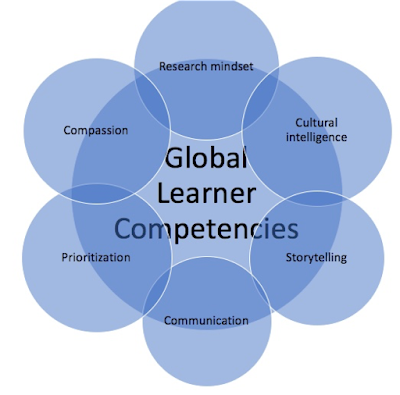 International education is growing, in spite of all the barriers various nations put up to stem the flow. I have written earlier about the limitations of how the universities treat international students. There is also much to be said about how success should be defined in International Education and how best to measure and balance the benefits of the host society and the nations where the students come from. However, a critical part of this discussion is also to identify who is ready for international education, which builds the foundation of successful engagement and meaningful outcomes even if the universities are prepared to meet the students half-way.  For this, the current practice of defining the international student 'competencies' just in terms of how much money s/he has in the bank and how well s/he speaks the language of the host society (when the immigration authorities demand so) is plainly inadequate. The money part is usually treated as a proxy for social c
Post a Comment
Read more

An education for 21st Century: What does it look like? 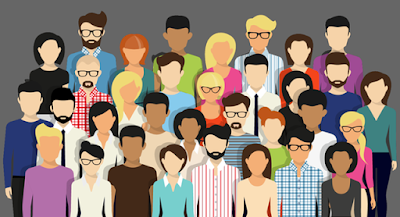 I must admit that I find the 21st Century part a cliche, an overused term which doesn't mean much. The conference circuit did it: They slapped the label everywhere, stretching it out all the way to 21st-century coffee, which looks and smells exactly like 20th-century coffee. But, then, we are in the 21st century, unless someone did indeed miss waking up the last twenty years. It's dramatic for someone like me. When I started my first start-up in the middle of the dotcom frenzy in 1998, a friend dished e-commerce, announcing that only when milk and potato would be delivered over the Internet, he would believe in e-commerce [I did tell him about Webvan but it did not carry any weight with him]. Things have surely changed. However, education hasn't changed much. As I have written earlier, online education hasn't yet changed the world the way Amazon.com (or eBay) has done. Most online provisions assumed, wrongly, that all that needs to be done is to put the clas
Post a Comment
Read more 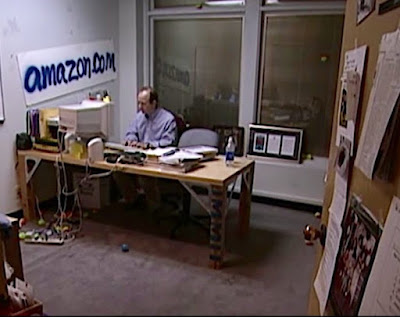 Many entrepreneurs around the world are working to 'disrupt' education. They sincerely believe that the traditional model of education can be improved, can be made more inclusive and more responsive to the needs of the employers and of society at large.  But, sadly, most of these 'disruptive' attempts fail. In fact, all of them invariably fail; the ones that survive become anything but disruptive - they abandon their universe-denting ambitions and turn themselves into me-too universities. This is, lately, spawning the rise of anti-entrepreneurs in education - those who claim that education will be as it always was! Apart from this being historically incorrect, education has always changed with time and technology available, this is also patently unjust. The current systems of education exclude too many people, promote wrong ideals and limit rather than creating opportunities. Education is not only disruptible; it needs to be disrupted. As mid-life realism ca
Post a Comment
Read more
More posts