Showing posts from June, 2018
Show All

Many shades of Education Innovation

- June 29, 2018
I wrote about my career pivot, moving away from start-up kind of work and focusing more on introducing innovation within educational institutions. This means I am spending more time thinking about introducing new tools, formats and relationships within existing institutional structures and less time trying to woo investors who speak about disruption but behave like herds, responding to verbal cues (the magic word, this year, being 'blockchain'). Accordingly, I have started shunning those conferences which parade entrepreneurs based on valuation, and going to ones that deal with less exulted topics like educational design, funding and student services. Yes, sometimes, these are infuriatingly boring; but at least, delegates at these conferences do not think that all you need for better student experience is to give them an App! The world I am trying to get into is an in-between zone - between the entirely false claim of the timelessness of educational enterprise and the ent
Post a Comment
Read more

Of Twists and Turns, that's my life

- June 27, 2018
A lot happening at my end, which impeded my blog writing for a while. As I restart, I thought I would do so by doing an update. This will, I hope, not only get the conversation started, but also return this blog to its intended purpose. It has been almost a year I left my job, and I spent the time doing various projects while I explored the idea of setting up connected global network of learning spaces for competency-based learning. Not necessarily I wanted to go back to doing another start-up: Having lived through successful and unsuccessful ones, I have learnt that start-ups can be boring and established organisations can be interesting. Also, after six years of trying to establish an alternative model of education, I have come around to the view that doing it by working with others is a better way than trying to go solo and try to reinvent every cog and wheel of an educational institution. In fact, I came to see that start-up ecosystem in Education to be what it is: A lot
Post a Comment
Read more

A World of Beauty: Tagore's Idea of India

- June 17, 2018
Unlike the American founders, the Founders of Modern India generally get a bad press. Indeed, many people do not think of them as Founders at all - India was there for thousands of years, they say - and merely see them as political operators who negotiated Independence, a bad one, with the British, only in order to grab power for themselves. That the creation of Modern India was an act of political imagination is overlooked with purpose and intention. That the 'founding' generation had to come up with the idea of timeless India which we now take for granted - and give us the sense of History that we now have - has been completely forgotten. Besides, we are now in a destructive frenzy of an adolescent tearing down the house they built: There was never a worse time to claim the Foundership of what is being considered a great country and a failed experiment at the same time. In this era of 'unfounding', speaking about Tagore's idea of India may only have the effe
Post a Comment
Read more

The State and Enterprise

- June 16, 2018
The relationship between state and enterprise has been at the heart of public policy debate for many years. There was the Nineteenth Century Liberal idea, reformulated in the Twentieth by the Libertarians, that the relationship between the two is necessarily antagonistic: The activities of the State discourage enterprise through regulations, taxes and by subsidising inefficiencies. On the other side, there were the Twentieth century ideas of the Welfare State, rediscovered as the 'Entrepreneurial State' in the Twenty-first, which posited the opposite: That the state and enterprise live in a symbiotic relationship, not just because the State creates the right environment, but also because it can enable the enterprise, by spreading education, improving health and supporting fundamental scientific research. Both are plausible arguments, and adequate empirical and anecdotal evidence can be marshalled to support either. The debate, however, has been deeply ideological, and it
Post a Comment
Read more 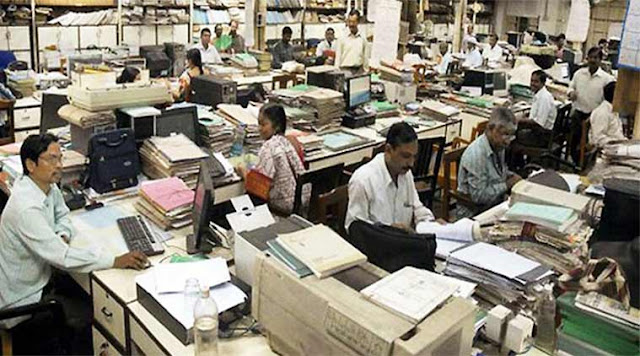 I didn't write for almost three weeks as I was in India. The essence of my work there is to deal with employment creation. Part of my work is pro-bono - a city initiative focused on Industry 4.0 - and the other part is commercial, advising a large Indian corporation on the development of next-generation Skills training programmes. But the sense of crisis regarding unemployment cuts across scale and scope of my work and is a recurrent theme that pops up everywhere. India has a really big challenge. About 2 million people reach working age every month in India, and even if only half of them are actively seeking employment, the few thousand jobs that the organised sector creates are woefully inadequate. India may be the fastest growing large economy in the world, but demonetisation of 2016 and poorly implemented General Sales Tax (GST) have hit businesses hard and froze up recruitment in many sectors. The widely promoted 'Make in India' initiative - the government
Post a Comment
Read more
More posts