Showing posts from April, 2012
Show All

Global E-School: What That Means

- April 27, 2012
All my efforts over last few months have been directed towards setting up a global e-school. This is a term I picked up from one of the blogs on Forbes.com: E-School, as in Enterprise School, as opposed to Business School, is a place to learn the art of the enterprise, as opposed to the formulaic thinking that B-Schools usually represent. In short, it will be more art than science, greater focus on people than process, and emphasis on possibilities rather than the mechanics of accounting. If all this sounds wonderfully vague, it is meant to be. There isn't a formula that one can quickly follow in defining an E-School, because there isn't a precedence. What I talk about may sound more akin to a liberal arts college than a Business School. I see sessions on history, psychology and creative writing to be an integral part of what we may end up doing in the school. After all, the goal of the school will be to help shape entrepreneurial mindsets: It must start with a leap into u
Post a Comment
Read more

The Meaning of Le Pen

- April 23, 2012
Francois Hollande may just win the French presidency on 6th May, and break the habit of the Centre-Left of losing elections. In fact, one could argue that the Centre-Left parties, across the developed world, can offer an useful alternative perspective to pandering of bankers that the Right wing Neo-liberal incumbents seem to limit their imagination to. Their promises always seem to be what Gandhi described as, in an altogether different context, 'a postdated cheque on a failed bank': Often, this metaphor seems literal. Views of Centre-Left, men like Mr Hollande, do indeed sound very different, and therefore, promising. However, I am waking up not just to the news of Mr Hollande's first round victory, but also the rather expected but still disappointing surge of the Far Right, in the figure of Marine Le Pen, in the French election. She indeed managed to come third, with 18% or so of votes, a greater proportion of votes than her father ever won. Indeed, she couldn't
Post a Comment
Read more

Learning To Be Good in Something

- April 22, 2012
If I have an wish granted, I would want to go back to Kolkata and live there. Indeed, it is easy for me to do so: I have family, friends, home and everything else there. The only thing that stands between thinking about it and doing it is one obsession that made me travel in the first place. It is about being very good - the best one can be - in something. I have grown an obsession with being exceptional. This is because I had the most unremarkable childhood, happy, bland and completely devoid of surprises. I was always a good student, but never the best. I never put in the effort and was always distracted enough not to come at the top of the class in the exams, but always just behind. I was happy that way: I would often spend the last few hours before an exam thinking or doing something unrelated as I was confident that I would pass anyway. I studied a subject in college which I did not love, which meant I studied everything else than the subject I was expected to study, and ende
1 comment
Read more

- April 21, 2012
India's leaders, at least some of them, proclaim that the country will attain the 'developed' country status soon, may be by 2020. This is indicative of the confidence in continued growth of India. At the same time, this may be slightly worrying if being 'developed' is perceived to be the end of the process of 'development'. Such misgivings aside, the goal of being developed may be ambitious and even noble, as this will mean the end of poverty and manifold improvement in the lifestyle and possibilities for millions of people, bringing about the next wave of profound change in the world after the rise of China earlier this century. It is worthwhile, therefore, to interrogate the idea of India as a developed country and how this could be attained. It is also important to remember that growth of the countries is a fragile affair: Alan Beattie, in his fascinating False Economy , goes on to show how Argentina slipped from its promise shown early in the Twent
Post a Comment
Read more

What Are The Universities For? Stephen Collini Speaking at the RSA 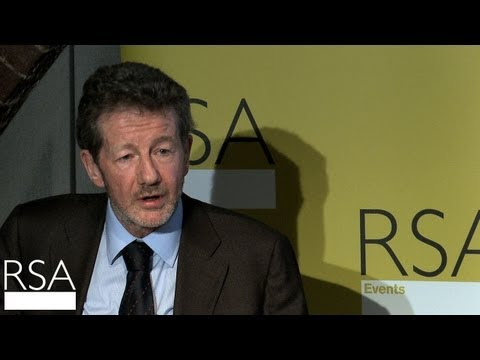 - April 11, 2012
One big business in India today is skills development. It is a modern miracle, so much so that a common refrain in education investor conferences these days is the talk of making money out of India's skill development drive, the ultimate bottom-of-the-pyramid magic for stymied training and publishing companies in the West. For private investors, this is where the money is. I have become aware of this painful reality when almost all my conversations about setting up an higher education institution in India invariably turns into discussions on the 'skills opportunity' and the money to be made there. To start with, I have spent half my working life in the skills development in India and this is why the current frenzy surprises me. I have worked with Aptech first, and then a number of years in NIIT, and between them the two companies grew from nothing to more than 3000 outlets and million learners during the years I worked with them. It was mid-nineties and the work was fu
Post a Comment
Read more

- April 09, 2012
In constructing a model for global education, the biggest challenge to negotiate is one that of local context. From the high ideal of global skills, it may not be visible that same words may mean different things for different people, and there is no universal agreement on how businesses should run and societies should function. This is where our business model of delivering British Education programmes worldwide comes up for a reality check. This is where we are having to think beyond the technology: In fact, technology plays only a minor part in the plans we are putting together. The consideration of context introduces a layer of complexity beyond just the online provision of teaching in our plans. We wouldn't be counting on the lazy assumption that if we put a set of good tutors and smart technologies, everything will fall in place. One of the things about Independent Education is that the success of students is everything: It is they who pay the bill, and it would be wrong t
Post a Comment
Read more

The Cult of the Customer: Living In An Age of Exit

- April 08, 2012
We are all consumers now. That's the mantra of the market: You are what you consume! And, we consume everything. The new keyword of our age is 'Taxpayers' money': It is not just the newspapers, but even the politicians, whose primary task is to squander it, use the term. The greatest public service we can all do is to buy stuff - as we are told by various pundits on TV shows - and not buying will mean recession and job losses. Our identities are shaped by brands we wear, indeed we shape our identities around the brands we wear - that's how the things are.  This is everywhere. The fastest growing nation, not a 'city', is Facebook. Such notions just come to us naturally: Nations are just a community which one can join and leave at will. Most people believe that nations don't matter anymore: Budgets and other pompous exercises have lost their magic. When in college, I listened to budget speeches and then went to hear various experts speaking about it i
Post a Comment
Read more

Kolkata Revisited: The Arc of Hope

- April 07, 2012
Kolkata, I would always point out, is unique among the major metropolises around the world as its population is FALLING. Even if this fall is only marginal, at this time of unparallelled urbanisation, that marginal fall in population indicates decay. Ghost cities aren't that unusual: A walk down the Piotrkowska Street in Łódź, the third largest city in Poland and one with declining population after its textile industry disappeared, is highly recommended if anyone doubted that this could happen in modern times. I know from my time in Łódź what happens when an inward-looking city meets globalisation: I imagine in my nightmare the side streets of Kolkata completely abandoned, an inescapable darkness and decline, where despair brings more despair and lead people to give up and abdicate to a self-interested, lumpen-bourgeois leadership.  However, even Łódź is turning around. The nightmare of Piotrkowska Street ends as one steps into Piłsudskiego and the all new steel-and-glass outs
2 comments
Read more

The Start-Up: My Story So Far

- April 01, 2012
In 2009, while I was working to set up a global chain of English Learning and Employability centers, I was being told - by the educators I met and the employers I tried to persuade - that I should focus on global higher education instead. My pitch was that with the additional English language and employability skills training, the millions of graduates in India and elsewhere in Asia would be able to meet the demands of the employers: However, I was being told that the education system was somewhat broken and there was a need for a more global system of education altogether. This was outside the scope of what I could do then: While I was having conversations with customers and reporting this back to my colleagues, the business of Global Higher Education was  complex, investment intensive and difficult, and could hardly be achieved without deep commitment and long term vision, which my employers lacked. My design of making English training a loss-leader and building on a model of global
Post a Comment
Read more
More posts