Showing posts from May, 2020
Show All

The moment of Private Higher Education 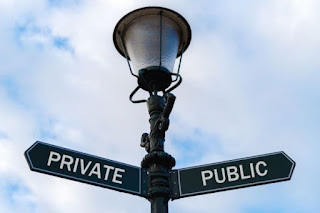 As they scramble emergency measures together, the university leaders are gradually coming to the conclusion that the changes will be long-term. If only reluctantly, they are accepting that remote learning is here to stay, if only because the students' direct experience of it makes it far less intimidating. But this is only a part of the change. The economic and political after-effects of the massively stretched state finances are bound to mean accelerating changes in the public-private balance in higher education. Coming together with the expansion of remote learning, shift to digital work and changing geopolitical alignment reconfiguring international education, this is a perfect storm moment for higher education. As with remote learning, the balance has already been changing in public-private higher ed. In fact, this 'new normal' creates new opportunities for private higher education. With their focus on efficiencies, private Higher Ed institutions were ahead in the appli
Post a Comment
Read more 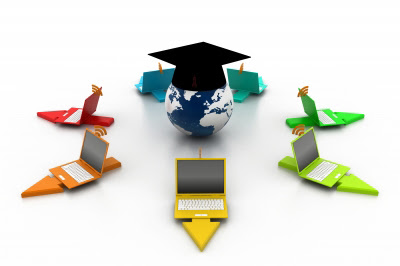 The pandemic made the universities scramble into online education. What happens next is the question. One line of thought is that this is just a temporary disruption. Life will return to normal, perhaps in 6 to 12 months time, and the classes will resume. Online will disappear to the margins, where it was. The other is that this is an irreversible loss of innocence. The rubicon has been crossed and a new normal has emerged. Even when this pandemic is behind us, we will never go back again to education-as-usual. Temporary disruption Indeed, it is perfectly logical to see the pandemic-induced online surge as temporary. As we live through imposed constraints, it's hard to imagine anything to be long term. The changes have happened overnight and we have had little time to adjust to it. We are hoping this will pass - soon - alongwith all its relics and practices. It is also true that online education has failed to live up to the hype. Universities and colleges went into poorly prepared,
Post a Comment
Read more

1 How would it sound, if many years hence, a novelist starts his novel with It was a time of uncertainty, it was a time of prediction, it was the age of realisation, it was the age of illusions, it was an epoch of science, it was an epoch of leaping in the dark, it was the season of end of the world, it was the season of new beginnings, it was a spring of staying home, it was a summer of giving up, we had everything behind us, we had nothing before us, we were all together in saving the civilisation, while we were tearing each other apart to save ourselves - in short, the period was so far like the present period, that some of its noisiest authorities insisted on its being received, for good or for evil, in the superlative degree of comparison only. Would we recognise the time - or, is it indeed like any other time? 2 Would we miss the lock-down once it's over? Once the busy life starts again, if it does. Do we miss the packed trains, hurried lunches, noisy evenings, attachment-fr
Post a Comment
Read more 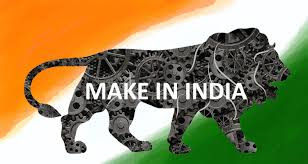 In the middle of the ongoing economic chaos, many in India find solace in the hope that many manufacturing companies would now leave China and shift their factories to India. They enthusiastically share many stories about companies deciding to move out. While the COVID19 pandemic, still in its early stages in India, is stress-testing the Indian economy, India as the next global manufacturing hub is indeed the dream worth dreaming about. This is an old dream, however. This - 'Make in India' - was a campaign slogan in 2014 General Election. In fact, this has been the key economic strategy of the government of India, to elevate India into its next stage of economic development and reach the benefits of economic growth more widely than the service-led economy has achieved so far. It was presumed - then - that China had become too expensive for manufacturers and they would now move to cheaper locations, such as India. And, it was not wishful thinking: Manufacturers were indeed gradu
Post a Comment
Read more

The comfort of Conspiracy theories 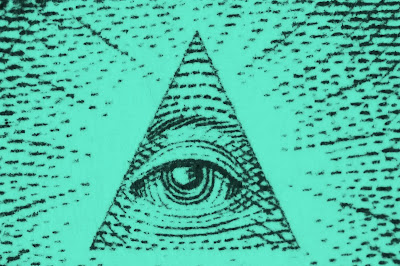 As our world falls apart, we have learnt to take comfort from Conspiracy theories. Dean Koontz did write about Wuhan-400 years ago, didn't he? Have you not watched the South Korean documentary from 2018 which uncannily predicted just this? How could China contain the virus, one that is tearing apart Europe and the United States, so quickly? Maybe this was accidentally released from the laboratory where they were building up this nefarious bio-agent? After all, Trump and Pompeo have said they have seen the evidence! We live in the age of credulity. We would like to believe what we are fed, without questioning. If something is written in English and published on WhatsApp, it must be true.  Once this crisis is over - and it will be - we will be scarred more by our indulgences in conspiracy theories than this virus itself. That is indeed my case for resistance - I don't want to get into the habit. I would rather keep my brain slightly active and neurons alive and no
Post a Comment
Read more
More posts