Showing posts from July, 2016
Show All

- July 31, 2016
The University Grants Commission (UGC) of India has made news recently by ordering the closure of Pearl Academy, a popular fashion school with more than 4000 students, because they were offering foreign degrees, from UK's Nottingham Trent University, illegally. While some people would see this as an attempt to clamp down on Foreign Education in India, and make Indian Higher Education, already quite parochial, more inward-looking, this particular development may not signify any of that. While the closure of Pearl Academy would make news, especially because it is owned by the global education conglomerate, Laureate Education (something that the Indian media seemed to have overlooked, with some effort presumably), the UGC has been showing teeth and enforcing regulation for some time now.  The infamous IIPM, which operated without any license for years and offered an MBA, Masters Diploma in Business Management, to thousands of students, as well as running the equivalent of an
Post a Comment
Read more

Islamic Terrorism has made news and focused minds in the recent weeks. It did not help that a section of the Turkish Military tried a coup against its Government - perhaps in the Secular cause against the Islamic politics of Mr Erdoğan - and it counted as another instance of Islam being violent. The Egyptian government is intent on putting to death more than a hundred Muslim Brotherhood leaders and members - the Government is tacitly backed by the Americans - but it also is counted as Islam being violent. As someone told me recently, "All Muslims may not be terrorists, but all terrorists are Muslims", as if that proves Islam is a violent religion. I did tell him, after the religious scholar Reza Aslan, that taking one example and generalising it to a whole community is indeed bigotry, but this is unlikely to stop him in the future. Using a term which is now very popular in India, he called me 'psuedo-liberal'. I am fascinated by this term, not least because I g
Post a Comment
Read more 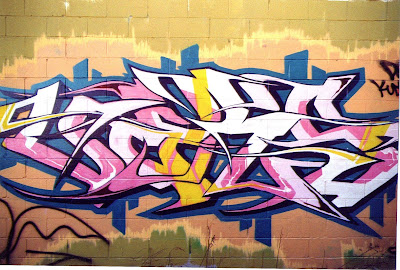 The most misunderstood thing about 'soft' skills is that they are, well, soft! Soft as in not tangible and demonstrable the way we understand skills to be. Skills, derived from the old English word, scele, or knowledge (which, in turn, comes from the old Norse word, skil, meaning knowledge, discernment or judgement), is expected to be visible. For Swordsmen or Surgeons, one can perhaps quite easily figure out what really matters, and a skilled person should be able to demonstrate that s/he possesses the necessary craft. Soft Skills, a later derivation, gained traction only recently - this is a late Twentieth Century invention that became prominent in the new millennium - and in business context. With increasing standardisation and automation of work, imagination, relationships, judgement, communication abilities have become important for success in the business world. And, yet, these abilities are much harder to define and demand, in comparison with technical abilit
Post a Comment
Read more

Marketing The Start-Ups: 7 Insights On The Go

- July 22, 2016
I have been through quite a bit - big companies, small companies, failed start-ups and successful ones, big companies pretending to be start-ups and start-ups pretending to be big companies - and despite my sincere efforts, I am yet to discover how to market a start-up. One could indeed say that about Marketing itself: John Wanamaker's " Half the money I spend on advertising is wasted; the trouble is I don't know which half " has been embraced as the justification of the marketing practise. However, while this may sound playful or funny in a big company, such an approach is plain fatal. The company could easily die, and mostly die, before ever reaching the useful part of marketing. But, then, this is perhaps a starting point to talk about marketing a start-up. That there is no money to waste, and therefore, no money to spend on marketing without knowing what works. Which is basically to say that start-ups must market itself differently from the big companies
Post a Comment
Read more

- July 21, 2016
The conversation about Education Innovation should go beyond Education Technology, and try to address fundamental questions: Do we need schools? What should the teachers' role be? How do we make people think critically? What makes students creative and innovative? What credentials should one have?  My favourite one among these is about Professional Education: How should a '21st Century Professional' train? There are several reasons why I want to ask the question. I have seen professions transforming both from inside - as a Professionally trained Marketer - and outside - as someone working closely in technology and technology training. But, more importantly, I ask this because this is not a fashionable question to ask. That professions, defined as a sort of social monopoly in some service areas, are supposed to be well-regulated and well-defined, which makes them less susceptible to change, and as a result, near-blind to the possibility of change. But this immunity
Post a Comment
Read more

The Gold Standard of 'Experience'

- July 20, 2016
There is a certain role of 'degree' and 'diploma' in our society.  These, supported by a generally elaborate regulation structure and recognition from Governments, are not unlike the currency: A diploma holder's worth is transparent and understood generally as a mark of competence. Also, it is important to acknowledge the link between the degree and diploma and commercial employment. We can indulge in as much fantasy about monastic life and pure quest of knowledge for its own sake, but most of the state-funded, modern, mass education system is closely tied to the requirements of the industrial society and its employers, both state and commercial houses [as well as the Research Universities, which should be seen as a specific kind of employer with a specific requirement]. Degrees and Diplomas, therefore, are currencies of competence, to be accepted by the employers. However, we have arrived at a stage where the regulation structure is too elaborate and
Post a Comment
Read more

- July 20, 2016
I took a 'Political Coordinates Test' on Facebook. This is about answering a few superficial questions on a scale of 5, and then you are placed on a strange Communitarian-Liberal-Left-Right spectrum. I was placed, predictable, slightly towards the left than the right, though right along the middle line of the communitarian and liberal.  Admittedly, this is largely a meaningless exercise, worth attention during a few bored minutes during a train journey, but not much else. What does being indifferent on legalising Marijuana mean to me anyway? Or for that matter, why do I agree on legalising prostitution rather than strongly agree? Besides, there are the question of terminology. Communitarian is a strange label to be put on the other end of being a Liberal, the latter term representing its American meaning, for individualism, rather than the European one, for state provisions. But in any case, these questions allow me to think about my 'political' self, the part t
Post a Comment
Read more

- July 13, 2016
Or, 20 days that shook Britain, one could say! With the Prime Minister moving out, and the most xenophobic and incompetent Minister of his Cabinet earning the job by an astonishing double-default - first failing to campaign for the side she was backing and then by a House-of-Cards show with her potential challengers killing each other off - this is surely an extra-ordinary time. If only this was all! Across the aisle, Labour MPs have set themselves up for a farce, as a befitting aftermath of the tragedy of Brexit. They first bring a 'no confidence' motion on their leader, ignoring one of the most crucial distinction - that Labour leader is chosen by the party members and not the MPs - between Labour and the Tory party. Then, they try to trigger a 'leadership challenge' and keep the current leader off the ballot, with an extra-ordinary excuse that this leader fails to connect with Labour voters and therefore, if he is on the ballot, he may win! In all, Brit
Post a Comment
Read more

What A Cabinet Reshuffle Tells About Indian Higher Education

- July 11, 2016
Just after the new Government in Delhi was installed in May 2010, I was asked, while speaking at an event in London, how I saw its choice of Human Resources Minister, of relatively inexperienced Ms Smriti Irani. I was unsure but hopeful: I said, if this was about bringing a fresh perspective to education, which India sorely needs, she should be welcome; on the other hand, if this was a signal that the Ministry was deemed unimportant, there was a grave danger. Ms Irani turned out to be an unmitigated disaster nonetheless. She tried to bring a fresh perspective to education, but of wrong kind. Instead of seeking to restore autonomy, she worked under the assumption that the education sector is under the influence of 'wrong kind of politics', and sought to spread the 'right kind of politics'. Instead of seeking to create a more global open and responsive system, she looked to 'indianise' the system, discouraging connections, exchanges and research collaboratio
Post a Comment
Read more

Shaping Indian Education in the Age of 'De-Globalisation'

- July 04, 2016
It is important to recognise that the form and the vector of globalisation is changing. The expression 'deglobalisation' is in vogue, and provides a handy framework to explain outlier events such as the Brexit, rise of Trump and the ascendance of various politicians such as Bernie Sanders and Jeremy Corbyn. One way to look at it is compare it with the inflection of 1914, when, after half a century of expansion of global trade and movement of people, globalisation came to a sudden halt and went into a long decline, with the Great War, collapse of the Gold Standard and the general breakdown of the global system. This is the idea that underpin the idea of 'de-globalisation', and many claim that what we see is the beginning of a long process, one that would end in separate countries pursuing policies aimed at national prosperity rather than global connectivity and commerce. However, this view, and the coining of the expression, betray a kind of historical determinism
Post a Comment
Read more
More posts