Showing posts from March, 2021
Show All

- March 13, 2021
The Indian economy is at a crossroad. Its internal markets have sustained the economy through the global recession of 2008/9, but as it looks beyond the pandemic, that would clearly not be enough. Its own version of 'Great Leap Forward', hastily imposed neo-liberal reforms of the economic life, has stunted the domestic demand and ravaged the banking sector - and it must find new sources of growth. The government's hopes lie in the exports - the aspiration that India could be the new China, workshop of the world. Labelled somewhat misleadingly as Atmanirbhar Bharat (self-reliant India), a new set of initiatives has been rolled out in search of this illusive export success. In this quest, India's key strength - perhaps its only one - is its people: A large working-age population ready to work for relatively cheap wage! How we view India's demographic opportunity has undergone a subtle shift - its young population was earlier seen as an exciting market and only now, as
Post a Comment
Read more

- March 12, 2021
I wrote earlier about my recent experiences regarding the design of education for 'employability' and the field of constraints that any design must consider (see here: Limitations ).  The focus of that earlier post was on the educational side of the equation, which is not the only constraint for consideration. In fact, an even bigger challenge is right at the centre of the employability initiatives - the myth of the employers!  The mythical employer (employers, more correctly) who is invoked all the time in the employability talk has one problem - she does not exist! The logic of the employability initiatives - that employers demand certain abilities which universities can not educate for - is based on employers being fully aware and being able to fully articulate what they want. However, it is time to say, after Steve Jobs, that employers do not know what they want. This may seem anachronistic: After all, employers are the customers for employability initiatives, right? But ap
Post a Comment
Read more

- March 11, 2021
A large part of my work now is designing an educational programme that can sit alongside university curricula aimed at student 'employability'. We started this very predictably - with a mandate to ensure early preparation for the job market and industry connections - but as we assimilate various ideas and learn from experience, we know that we can't stick to the business as usual.  By business-as-usual, I mean the mechanistic employability programmes that are now so popular. A degree does not ensure jobs any more. Besides, the governments across the world are paying more attention to student loan books than they previously did and holding universities responsible for employment outcomes. Hence, it's common to see training programmes that prepare students for job search, CV writing and interviews.  There are clear limitations to what such training can do. These make two assumptions which are not necessarily correct: First, it assumes that the job the students will have e
Post a Comment
Read more 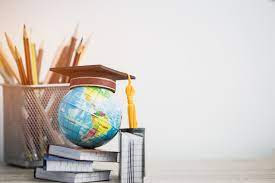 A close reading of India's New Education Policy illustrates a dilemma at the heart of India's Higher Education: Whether to become more Indian or more global?  For a service economy servicing a global clientele, a Higher Education system that prepares people with global service economy skills is critical for India to build. Higher Education is one sector in India that needs 'liberalisation', thirty years after the rest of the economy opened up. And, besides, it is hard to avoid the global drift when the Higher Ed policy narrative is framed within the human capital paradigm. On the other hand, there is a deep cultural agenda of the policymakers to make Indian Higher Ed more Indian. It is not just revivalism or Hindu fundamentalism. This is also based on an accurate reading of the chasm at the heart of the Indian society, between an English-speaking elite and vernacular rest, which is threatening the cohesion of the state. This is also about undoing the colonial legacy, th
Post a Comment
Read more
More posts