Showing posts from May, 2018
Show All

- May 15, 2018
When the subject of establishing English style Public Colleges in India came up before the British Parliament in the late Eighteenth Century, the proposition was deemed to be both preposterous, as the Indians were deemed to lack the discipline needed for a college education, and subversive, as American colleges were blamed for the loss of British colonies there.  The East India company administrators, however, were establishing colleges in India at the time - Warren Hastings modelled the Calcutta Madrassah following a version of famed Dars-i-Nizami curriculum followed in Awadh, followed by the efforts of Jonathan Duncan, the resident of Benares, to establish the Benares Sanskrit College - but these colleges were classic orientalist projects, for oriental learning and primarily for the benefit of English administrators wanting to understand Indian society and legal system. Such was the motivation of Wellesley's Oxford of the East - the Fort William College in Calcutta - which woul
Post a comment
Read more

The Future of College is Local

- May 14, 2018
It's part of the romance of the college: The learner leaves home to join a community of fellow learners, to begin a new stage of life. The imaginary is integral to middle-class life, shaping lifecycles of parents as much as it does for the learner. It is the staple of the popular culture, all those college romance stories, movies and TV series. These expectations also shape how colleges operate, as they battle to restrict tenure but upgrade student accommodation at the same time. In fact, the most profitable part of the whole real estate market is student accommodation, offering better yields than any other segment. But it's also the part which makes the least sense when Higher Education is so expensive. Surely, the romantic notions of college life as a calm commitment to learning are just romantic notions. Envisioning this as a prolonged coming of age party is closer to the truth, at least in most cases. Costs of living outside the home are at least as significant as the
Post a comment
Read more 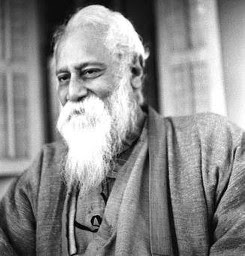 Today is the Birth Anniversary of Rabindranath Tagore.  Tagore was the first global Literary Superstar, the first Nobel Prize Winner from Asia, whose flowing robes and the white beard helped form the public image of an Indian sage on the global stage.  It is somewhat peculiar what Tagore is now known for. Given that many people reading this blog wouldn't know his name, I had to mention his Nobel prize. Yet, Tagore was somewhat resentful - and said so when he was facilitated in Calcutta after receiving the prize - that his countrymen would only recognise him only after the West had given him an award. The alternative way to tell who he was - that he was the man who wrote the National Anthem of India, as well as of Bangladesh - is equally problematic: Not just this brings up an old controversy (see An Exceptional Man ) but, at least in case of India, reminds one of a Cosmopolitan Republican Nationalism that the current Indian government so love to hate. Going by the two
Post a comment
Read more

The Moment of History

- May 07, 2018
Who wants to really study History anymore? Has it not ended already, as Francis Fukuyama famously declared? And, besides, what role may it have at a time when we are so busy making the future? The questions are personal, as I went back to the University at a late stage to read History, prompting such, and other, derision. It was deemed impractical, idiotic or pompous, based on the kindness of the commentator, but never - even once - useful. Why didn't I do an MBA instead, or, if I really wanted to write, a degree in Journalism? History was unlikely to give me any real skill, and, any reasonable supply of TLAs (three letter acronyms, for the uninitiated), so very crucial for getting ahead in one's career. History is, at best, so dated! However, I actually very much think the opposite, and I shall explain why. This is not about explaining my decision to go back to school - that I have tried elsewhere - but rather why History has become a more important discipline than e
Post a comment
Read more

Not So Fast! Why Robots May Not Be Coming 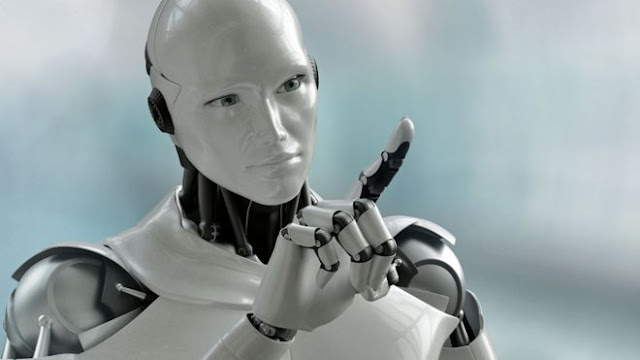 Robots were supposed to take over the universe. Singularity - the end of human history - was due in about a decades time. And, then, it was to be a different world altogether - one with self-knowing, self-replicating machines. But it seems that future may have been postponed.  If there is anything that the history of technological progress should teach us, it should be that we ought not to believe in the excited predictions that technology industry loves to make. It is part of their style - all those world-changing predictions! There is a vast difference between the rhetoric of Microsoft's seamlessly connected world and the reality of clunkiness of Windows; E-Commerce did well but the prognosis far outstripped the performance, and these are only the good examples. No aircraft ever fell out of the sky despite all the warnings of the Y2K doomsday: It did create a multi-billion dollar outsourcing industry though. And, there are those who are still waiting for the day whe
Post a comment
Read more
More posts