Showing posts from April, 2019
Show All

A very democratic decline: troubles of liberalism and end of times

- April 21, 2019
Democracy is being contested. It didn't take too long for history not to end. Thirty years tops and the democratic euphoria is all gone. It's no longer an export product - Chinese made authoritarianism trumped it completely! It's even having trouble on its home turf, in Britain, United States and, in its promissory version, in India.Theories abound where it went wrong, blaming bad men and globalization in equal measure. There is a cutely optimistic streak in some of this analysis, a kind of nostalgia for the lost times and a loveable leap of faith that the pretenders will all be exposed and democracy will triumph. Everything will be alright at the end; if it's not alright, it's not the end - as they say in Marigold Hotel!Indeed, that's cute and loveable and entirely wrong. Democracy ascended not as a gradual revelation of any ultimate truth nor as gift of the benevolent, but rather as a compromise between those who had too much vested in the disappearing absolu…
Post a Comment
Read more

Should we leave Nationalism to the Fascists?

- April 11, 2019
The business of Nationalism has been left to the Fascists.
Those who cherish freedom of views, opinions and beliefs, accept the global condition of existence and strive for peace and harmony among different peoples and communities, have taken Nationalism as a dirty word. It represents, one argued, the sort of narrow territorial and cultural identities the educated and the cultured should seek to supersede.
It seems that the emotion of nationalism stood in the direct contrast of the rationalism of human histories defined by the class. It was in opposition to cool economic calculations of advantages and incentives in a market economy. In short, in the evocation of global humanity, nationalism appeared to be a dated idea to be left for the fools.
So the Fascists stepped in, gratefully. They were clinging to those outdated and outmoded ideas of race, pseudo-histories and rites and rituals and were effectively marginalised ever since the late twentieth-century liberal boom. And, suddenly,…
Post a Comment
Read more

Designing universities for the 21st century

In the conference circuit, there are usually two mutually exclusive strands of conversation about the nature and purpose of universities.
First, there is this misty-eyed nostalgia about the universities being a timeless thing. It is a community of simple and sincere learners, all committed in pursuing knowledge for its own sake. It's an imagined community of medieval monks studying the Large Hadron Collider, or a group of brilliant scientific minds exploring the intricacies of Nichomachean Ethics.
Indeed, this is historically inaccurate, even without the LHC. This presents universities as places for disinterested learning, but universities always had a practical purpose. Most students went to university to find a profession and did things, like studying law or theology, which helped them to get into one. The other problem is the premise that the fundamental idea about the university never changed, which is also inaccurate and misleading. Universities through the ages reflected …
Post a Comment
Read more

The myth of 21st-Century Education: Preparing for the age of the machine 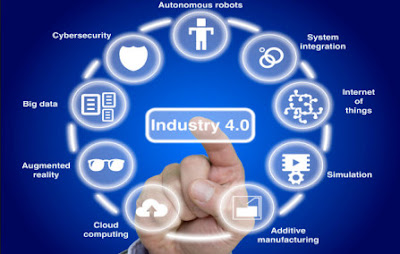 I argued previously that a carefully crafted myth about 21st-century education - that the experts know what the learners will need and it will be radically different and defined by market forces - is being propagated (see The myth of 21st-Century Education). As educators, it is important to reject the deterministic overtures of this popular myth and to look at all the different possibilities that exist and could be equally plausible.
At the core of the '21st-century education' myth-making is an assumption about our relationship with technology. We are told that we are at a point of departure in history, which will be much like the past. New technologies - those that can replace humans in intellectually challenging work - would alter how work is done and this would mean a new, 'fourth' for someone keeping the count, the industrial revolution. The social relationships would change as it did last time around - humans would be replaced, most intellectually challenging wor…
Post a Comment
Read more
More posts