Showing posts from March, 2019
Show All

Smart presentations don't mean valuable insights. So it is with the current fad of presenting the vision of an all-new 21st-century education - through presentations, conferences and infographics - style trumps substance all the way through. For,  despite the claims of revolutionary changes in society and the workplace, the neat charts that lay down 21st-century skills next to the 20th-century one's show do not how different they would be, but rather how similar these are projected to be. We are told that we have arrived at a fundamentally disruptive moment in history and we need new skills. So, we need, for example, communication and critical thinking, learning to learn and a host of other cool things. Indeed, many of those terms are very familiar to the educator: Many of those were around for more than two centuries, ever since the dreams of liberal education were spelt out. When these slides were presented, I often wondered whether the point about critical thin
Post a comment
Read more

The tragedy of Sino-Indian War 1962

- March 20, 2019
War and geopolitics are not my focus, invested as I am in the history of universities and the role of intellectuals in society. But a combination of factors, the recent India-Pakistan skirmish, the Indian government's revisionist and critical stance on Nehru and my own interest in historical interactions between India and China, have led me to look closely on the Sino-Indian war of 1962. This is very much a work in progress, as I have compiled a reading list and started working through it, but one thing is clear to me right at this initial stage: The history of war has huge contemporary significance, particularly for India, and this should indeed be studied better there.  For example, this war weakened Nehru politically at home and in the world stage: There is no denying the truth in Mountbatten's comment that had Nehru died in 1958, he would have possibly gone down in history as one of the greatest statesmen ever. The war also changed, I shall argue, India's position
Post a comment
Read more 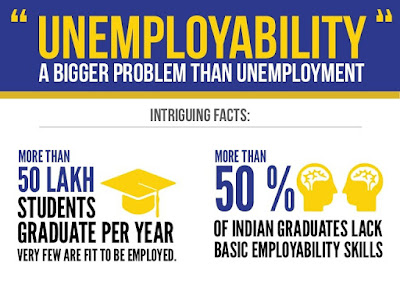 An infographic in Indian media India's unemployment rate has reached a historical high and the government is panicking. It has rejected and suppressed the report and committed itself to inventing a new set of numbers. Members of the national statistical body have resigned, and the bad job numbers have become one of the worst kept secrets in its modern history.  As the government went down the road of obfuscation, it had also fooled itself believing that everything was fine. Once the statistical reports were questioned, the best explanation that the Head of the apex economic policy-making body could come up with was that Uber and other taxi-hailing companies have created millions of jobs in India. But then, the crisis is anything but hidden - walk on any street in any neighbourhood in any Indian city, and it is likely that you will see a few working-age people loitering, waiting or playing cards or carom in the middle of the day. IMF has recently warned that youth inactivi
Post a comment
Read more

The Trouble with Thought Leadership 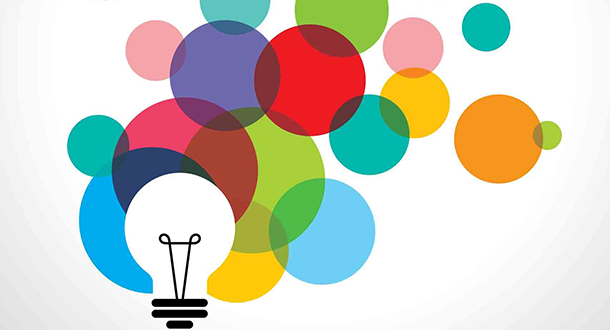 It is common to see the lament about the death of expertise. People don't believe in experts anymore, commentators say, and blame this tendency for the allegedly irrational direction that the Western democracies have taken lately. The trouble with this version, aside from the experts complaining about their own lack of influence, is that it subjects the experts to very little scrutiny.  It's worthwhile to think, therefore, what's the right question to ask. Is it that people have lost faith on experts without any apparent reason? Or, have the experts failed and the lack of popular trust in them is anything but irrational? To answer this, it's instructive to look at what has been happening with expertise over the last decade and a bit. As some commentators have pointed out, these were years of the emergence of an 'ideas industry', dominated by what is euphemistically called 'thought leadership'. If one has to put a date on the birth of thought
Post a comment
Read more

Journey to the East 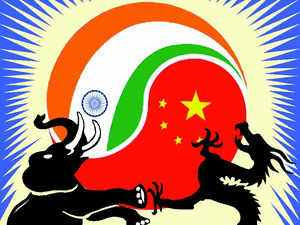 Last summer, I was at lunch at a Mumbai restaurant when the host asked me whether I can help in facilitating international partnerships for an educational institution he has been planning to set up. I often get requested this, and I almost always say no, knowing that the private Indian institutions are often too immature in their approach and opportunistic in their intention for meaningful partnerships to work. But this conversation was different: This was a serious social organisation with a purpose, and I wanted to seriously explore it. So, I presented my views, that there is very little to be gained by looking to collaborate with a Western institution - as they rarely understand the ground realities of India and are all too opportunistic and commercially driven - and rather, the approach should be to explore meaningful partnerships with Chinese institutions.  It was a difficult argument to pursue. The arguments about the limitations of the Western model of education - and the
Post a comment
Read more

Why liberalism is not the answer 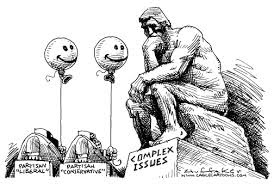 I was protesting against cynical war-mongering by South Asian politicians on Facebook when a friend called me out: He blamed my 'liberal' ideology rather than my oft-expressed and admittedly utopian desire to see a peaceful and prosperous Asia for my ardour. I am used to be called socialist and even some cases, a communist, but 'liberal' is a first and that made me think. The popularity of the 'liberal' label is recent and bears a particular sense: An American one! It somewhat lumps a variety of things, socialism, free-markets and progressivism together for a start, without no other common theme than a belief that things would get better with time (which would have been called 'whiggism' at a different time). In that sense, liberalism should be seen opposed to the beliefs in a coming judgement-day that their opponents generally hold, though socialists, in that regard, should sit in the other side of the fence, in that sense. But then, I am
Post a comment
Read more
More posts